Making a difference stitch by stitch...

In December 2013, Zelda la Grange, late former President Nelson Mandela's trusted assistant, presented philanthropist and 'Arts Angel', Carolyn Steyn, with a challenge: knit, sew or crochet 67 blankets! These blankets would then be distributed to those in need on Mandela Day.

Mandela Day is an annual international day in honor of Nelson Mandela, celebrated each year on the 18th July, Mandela's birthday. The day was officially declared by the United Nations in 2009.

Carolyn gladly accepted Zelda's challenge but soon realised that she wouldn't be able to achieve it alone.

Since then, 67 Blankets for Nelson Mandela Day has transformed into what some are calling a "movement" - a movement that has captured the attention of many South African and international celebrities as well as corporates and "KnitWits for Madiba"  in Australia, Belgium, Canada, Germany, Cyprus, London, the US and India.

In its short history, the campaign has realized some important milestones.  After just nine months, 67 Blankets for Nelson Mandela Day won CAMPAIGN OF THE YEAR at the South African of the Year Awards in October 2014. On April 21, 2015, to mark 21 years of democracy in South Africa 67 Blankets for Nelson Mandela Day smashed the Guinness World Record for the "The Largest Crochet Blanket in the World" measuring 3,377 square meters at the Union Buildings in Pretoria.

On August 7, 2015 Carolyn Steyn signed an MOU with National Commisioner, Zach Modise, formalising a partnership between 67 Blankets for Nelson Mandela Day and the Department of Correctional Services whereby every prison in South Africa will have the initiative introduced as part of their curriculum.  The partnership is born from the shared belief that every person can change for the better, if nurtured, and deserves a second chance. The initiative is being used as a means of rehabilitation and skills development as well as enabling those incarcerated to integrate within the broader society, knitting in the name of the greatest prisoner of them all – Nelson Mandela. “Knitting broken lives together” is the rallying call – weaving the fabric of our nation together with bright, colourful thread.

Journalist Cathy Dipnall has written about 67 Blankets being "an initiative that is binding together our nation in a way no government has been able to achieve".

You are invited to join this incredible initiative, which has become a "Knitting Revolution for Nelson Mandela"!!  Stitch by stitch, we pledge to keep thousands upon thousands of people less fortunate than ourselves in South Africa and around the world warmer in all the winters to come in the name of our beloved Nelson Mandela. His legacy lives on in each blanket we produce with our own two hands. 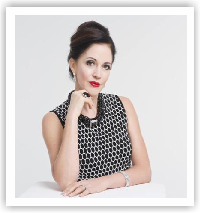 Philanthropist, actress and Patron to the Arts

Carolyn lived in the United States for 10 years and in England for 5 years. She was nominated as one of the 'Most Exciting Women', by the Beverly Hills Sheet in 2004. In the US she studied at the Beverly Hills Playhouse for 5 years under acting guru, Milton Katselas along with fellow students, Kate Hudson, Giovanni Ribisi, Jeffrey Tambor, Tony Danza and Doris Roberts amongst others. She had roles in the television series' Melrose Place and Babylon 5 and appeared in numerous plays in Los Angeles including Harold Pinter's 'Betrayal', ‘Private Lives’, and ‘Shadowlands’. She also served on the Guild of  "Big Sisters of Los Angeles", an organization assisting children facing adversity through mentorship programmes.

In South Africa, Carolyn performed for PACT (Performing Arts Company of the Transvaal) Drama for several years, notably in the production "Poppie Nongena", which ran for an entire year to rave reviews. Carolyn then joined the Radio 5 team (5FM), where she became a familiar voice reading the news and co-hosting the weekend breakfast show with Martin Locke.

Carolyn currently co-hosts a Radio Today show called 'Whispers with Carolyn Steyn and Michael de Pinna’ and is a host on the television talk show "Tongue in Cheek" on SABC 3. She also served as a Patron of the Joburg Ballet, is the Patron of the Auto & General Theatre on the Square, is an ambassador for "Peace Starts" in South Africa. She is also a member of the International Women’s Forum. She was given the "Woman of Substance" award on August 29, 2015.